The Heart as a Subtile Organ

In Ibn ‘Arabi as in Sufism in general, the heart (qalb), is the organ which produces true knowledge, comprehensive intuition, the gnosis (ma’rifa) of God and the divine mysteries, in short, the organ of everything connoted by the term "esoteric science" (‘ilm al-Batin). It is the organ of a perception which is both experience and intimate taste (dhawq), and although love is also related to the heart, the specific center of love is in Sufism generally held to be the ruh, pneuma, spirit. Of course , and of this we are reminded at every turn, this "heart" is not the conical organ of flesh, situated on the left side of the chest, although there is a certain connection, the modality of which, however, is essentially unknown. It is a notion to which the utmost importance has been attached by the mystics of all times and countries, of Oriental Christianity (the Prayer of the Heart, the charisma of cardiognosis) as well as India . Here we have to do with a "subtile physiology" elaborated "on the basis of ascetic, ecstatic, and contemplative experience" and expressing itself in symbolic language. This, as Mircea Eliade has pertinently remarked, does not mean "that such experiences were not real; they were perfectly real, but not in the sense in which a physical phenomenon is real”.

In short, this "mystic physiology " operates with a "subtile body" composed of psycho-spiritual organs (the centers, or Chakras, "lotus blossoms") which must be distinguished from the bodily organs. For Sufism the heart is one of the centers of mystic physiology. Here we might also speak of its "theandric" function, since its supreme vision is of the Form of God (surat al-Haqq) -this because the gnostic's heart is the " eye," the organ by which God knows Himself, reveals Himself to Himself in the forms of His epiphanies (not as He inwardly knows Himself for in its quest of the Divine Essence even the highest science can go no further than the Nafas al-Rahmin). It is also true to say that the gnostic, as Perfect Man, is the seat of God ' s divine consciousness and that God is the seat and essence of the gnostic's consciousness (if it were necessary to draw a diagram, the situation would be far better represented by the two focuses of an ellipse than by the center of a circle). To sum up, the power of the heart is a secret force or energy (quwwat khafiya), which perceives divine realities by a pure hierophanic knowledge (idrak wadih jali) without mixture of any kind, because the heart contains even the Divine Rahma. In its unveiled state, the heart of the gnostic is like a mirror in which the microcosmic form of the Divine Being is reflected.

This power of the heart is what is specifically designated by the word himma, a word whose content is perhaps best suggested by the Greek word enthymesis, which signifies the act of meditating, conceiving, imagining, projecting, ardently desiring -in other words, of having (something ) present in the Thumos, which is vital force, soul, heart, intention, thought, desire. We recall that in Valentinian gnosis Enthymesis is the intention conceived by the thirtieth Eon, Sophia, in its aspiration to understand the greatness of Unengendered Being. This intention detaches itself from Sophia, takes on a separate existence ; it is the Sophia external to the pleroma, but of pneumatic substance. The force of an intention so powerful as to project and realize ("essentiate") a being external to the being who conceives the intention, corresponds perfectly to the character of the mysterious power that Ibn ‘Arabi designates as himma.

Accordingly, himma is creative, but in the specifically "epiphanic" sense attaching to every idea of creation in the theosophy of Ibn ‘Arabi. In practice its function presents two aspects. The first governs a large group of phenomena, many of which are today the concern of parapsychology. The second applies to the mystic perception known as "intimate taste" (dhawq), or touch. But since this too is an unveiling, an epiphany, of the heart, it is also an aspect of the gnostic's creativity.

Thus there is no incoherence in Ibn ‘Arabi's explanations of himma, if only we recall that the human Imagination is enveloped in the unconditioned Imagination, which is the universe as Divine Epiphany, for this envelopment is our guarantee that the intentions arising from the creative power of the heart as an independent being sui generis, are not vain fictions.

"Thanks to his representational faculty (wahm), "our shaikh declares,"every man creates in his Active Imagination things having existence only in this faculty. This is the general rule. But by his himma the gnostic creates something which exists outside the seat of this faculty." In both cases the imaginative faculty is exercised, though with entirely different results, and in both cases the shaikh employs the word "create." We know that the creative operation necessarily implies the manifestation of an outward existence that is conferred upon something which already possessed a latent existence in the world of Mystery.

In the two cases, however, the organ of creativity, the Active Imagination, performs very different operations. In the first case, as it is exercised by most men, its function is representational; it produces images which are merely part of the conjoined Imagination (muttasil), inseparable from the subject. But even here, pure representation does not, eo ipso, mean "illusion" ; these images really "exist" ; illusion occurs when we misunderstand their mode of being. In the case of the gnostic (‘arif), the Active Imagination serves the himma which, by its concentration, is capable of creating objects, of producing changes in the outside world. In other words: thanks to the Active Imagination, the gnostic's heart projects what is reflected in it (that which it mirrors) ; and the object on which he thus concentrates his creative power, his imaginative meditation, becomes the apparition of an outward, extra-psychic reality. This is precisely what Ibn ‘Arabi, as we have seen, designates a s the detached Imagination, separable (munfasil) from the imagining subject, but as we have also seen, only other mystics are able to perceive (When the Angel Gabriel took the form of Dahya, an Arab youth known for his extraordinary beauty, the Prophet's companions saw only the youth ; they did not see the Angel).

All this is of the utmost importance for the experience gained in Prayer, namely, the paradoxical vision of the "Form of God". If the heart is the mirror in which the Divine Being manifests His form according to the capacity of this heart, the Image which the heart projects is in turn the outward form, the "objectivization" of this I mage. Here indeed, we find confirmation of the idea that the gnostic's heart is the "eye" by which God reveals Himself to Himself. We can easily conceive of an application of this idea to material iconography, to the images created by art. When in contemplating an image, an icon, others recognize and perceive as a divine image the vision beheld by the artist who created the image, it is because of the spiritual creativity, the himma, which the artist put into his work. Here we have a compelling term of comparison, by which to measure the decadence of our dreams and of our arts. 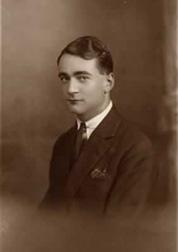